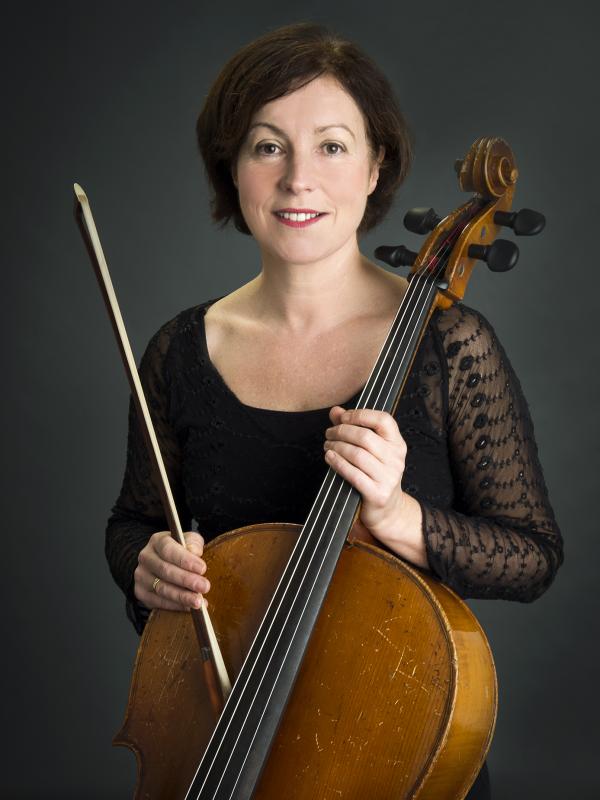 While in the U.S., Annette was prizewinner of the Bell T. Richie Award, USC Leadership Award and the Los Angeles Young Artist’s Competition. She was also a recipient of numerous awards for academic work, including the President’s Prize, the Outstanding Academic Achievement Award and the National Collegiate Music Award. A German government grant (DAAD) enabled Annette to pursue postgraduate study at the Stuttgart Hochschule fűr Musik, where she graduated with a KA (Artistic Solo Degree).

Annette is a prizewinner of International competitions in Europe and the U.S. and has performed as soloist with many orchestras, including the Sűdwestfunk Orchester, RTE Concert Orchestra and the National Symphony Orchestra. In 1989 she was the first Irish musician accepted to the prestigious Schleswig-Holstein International Orchestra which toured Europe and Russia with Leonard Bernstein.

Annette has performed solo recitals and television broadcasts internationally, including a Southern African tour and five tours of Japan. In Ireland she has performed at major festivals and venues such as West Cork Chamber Music at Bantry House, Music for Wexford, Airfield House, Kilkenny Arts Festival, Music Network tours and the Cork Celebrity Recital Series. Annette has acted as jury member for the Bucchi International Chamber Music Competitions in Rome and the Antonio Janigro International Cello Competition in Croatia.

At present, Annette teaches cello and chamber music at the Royal Irish Academy of Music and gives annual master classes at Ceol-na-Mara Summer School for Strings in Connemara and conducts regular masterclasses in Italy, Austria (Vienna), Croatia and Germany. She plays as guest principal cellist with the National Symphony Orchestra of Ireland and performs recitals regularly in Ireland. In 2010 she attained a Doctorate in Music (contemporary Irish music for cello). Recently she recorded a CD Rich and Rare with Reamonn Keary (piano) and she is cellist with Degani Piano Trio www.deganitrio.com  (Rachel Quinn and Alan Smale) and baroque/traditional ensemble Sonamus. www.sonamus.ie  Both of these ensembles have toured widely and recorded numerous CDs.

Annette is cellist with Degani Piano Trio (with Rachel Quinn, piano and Alan Smale, violin). For updated lists of their recordings, visit www.deganitrio.com

She is also celloist with baroque/traditional ensemble Sonamus. www.sonamus.ie  Both of these ensembles have toured widely and recorded numerous CDs.