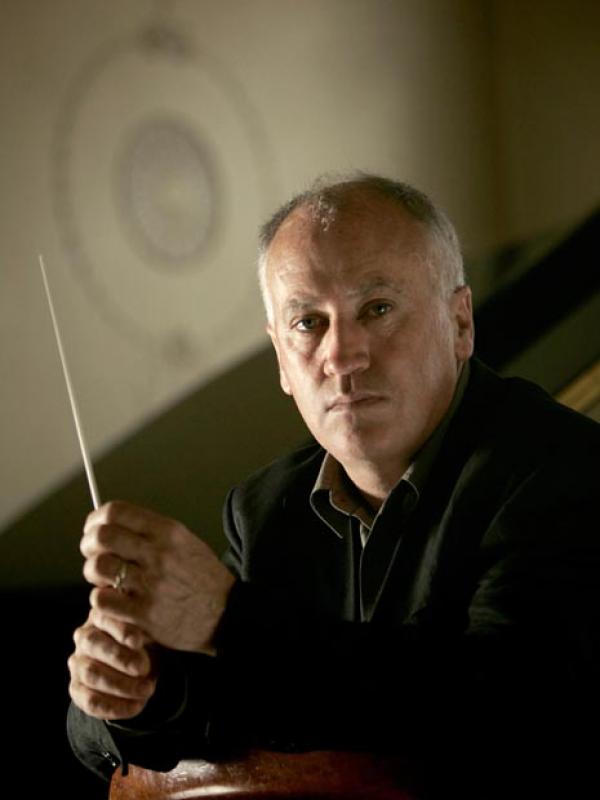 James Cavanagh was born in Dublin and began his career as a trumpet player.  He is  Head of Performing Groups at the Royal Academy of Music where he teaches Trumpet, lectures in conducting and conducts the RIAM Symphony and Intermediate Orchestras.

James has extensive conducting experience having conducted all of Ireland’s professional orchestras and has curated, presented and conducted  the R.T.E. National Symphony Orchestra during their residencies around Ireland.

He has conducted and worked all over the world, notably Japan, when he conducted the Japanese Philharmonic Orchestra and the Tokyo Oratorio Society. He has also conducted The Czechoslovakian Chamber Orchestra and has toured America on several occasions when he worked with some of America’s finest orchestras in venues including Carnegie Hall and Chastain Park in Atlanta with the Atlanta Symphony Orchestra.

He has regularly worked on Radio and Television and has acted as Musical Director to many RTE Radio productions.  He has directed several successful Meet the Orchestra workshops, Introduction to the Orchestra and Family Concerts at the National Concert Hall as part of the NCH outreach programme. He has also given lectures on the crchestra and classical music in schools across Ireland.

James was also co-founded the Irish Youth Wind Ensemble in 1985, and was Musical Director of the ensemble until 2007.

James has recorded many CDs, including Haydn's Creation, Faure’s Requiem, Handel’s Messiah and Bach’s Magnificat with The Japanese Philharmonic Orchestra. He has also recorded a CD of original compositions for wind ensemble by Irish composers with the Irish Youth Wind Ensemble.

He is permanently in demand as a music consultant and curator for various events and organisations in Ireland.

In June 2010 he was awarded a Fellowship (FRIAM) at the Royal Irish Academy of Music.

Most recently James has been appointed Head of Performing Groups at the Royal Irish Academy of Music.  He is currently a director of the Irish Baroque Orchestra and in June 2016 he was  appointed to the Board of the National Concert Hall, Dublin.

In November 2018 he conducted the UCD Symphony Orchestra in a highly praised performance of Symphony no. 9 by Dvorak. He is Artistic Director of  Symphonic Waves Symphony orchestra.