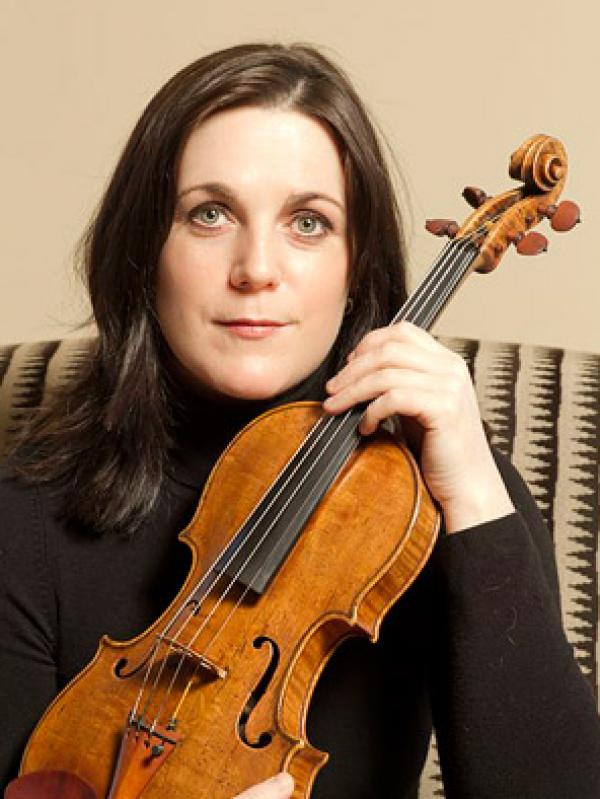 Joanne has toured extensively in Europe, Asia and the USA as a principal player with the English Chamber Orchestra, the BBC Philharmonic and Sir John Eliot Gardiner’s Orchestre Revolutionnaire et Romantique. She has also appeared as Co-Leader of the Royal Liverpool Philharmonic Orchestra and the RTÉ National Symphony Orchestra on several occasions.

Due largely to her association with Sir John Eliot Gardiner, Joanne has developed a great interest in historical performance. As a result she now plays frequently with the Irish Baroque Orchestra, The Orchestra of the Age of Enlightenment and The Kings Consort.

At the other end of the authentic performance spectrum, she is a member of the acclaimed, hand picked John Wilson Orchestra.

Chamber Music plays an important role in Joanne’s career and she performs regularly with her brother, pianist David Quigley. Together, they have given recitals throughout the UK and Ireland to critical acclaim and have recorded for BBC and RTE Radio. Recent highlights have included their New York debut at the American Irish Historical Society and at the National Concert Hall in Dublin.

Joanne is passionate about teaching and outreach work. For several years she played for Yehudi Menuhin’s “live Music Now” scheme and since 2007 she has been on the teaching faculty of the Royal Irish Academy of Music. She also coaches the Ulster Youth Orchestra for their annual summer course and in 2010 she has the great privilege of traveling to Iraq to work with the National Youth Orchestra of Iraq.

Joanne is the Founder and Director of Newry Chamber Music, a concert series promoting National and International artists in her home town. She is a Performance Associate of The Banff Centre in Alberta Canada and has participated and performed in Festivals including The West Cork Chamber Music Festival, Chichester Festival and The International Musicians Seminar, Prussia Cove. She holds an honours degree and a Professional Performance Diploma from the Royal Northern College of Music and completed her formal studies with Professor Lorand Fenyves at the Royal Conservatory of Music in Toronto.