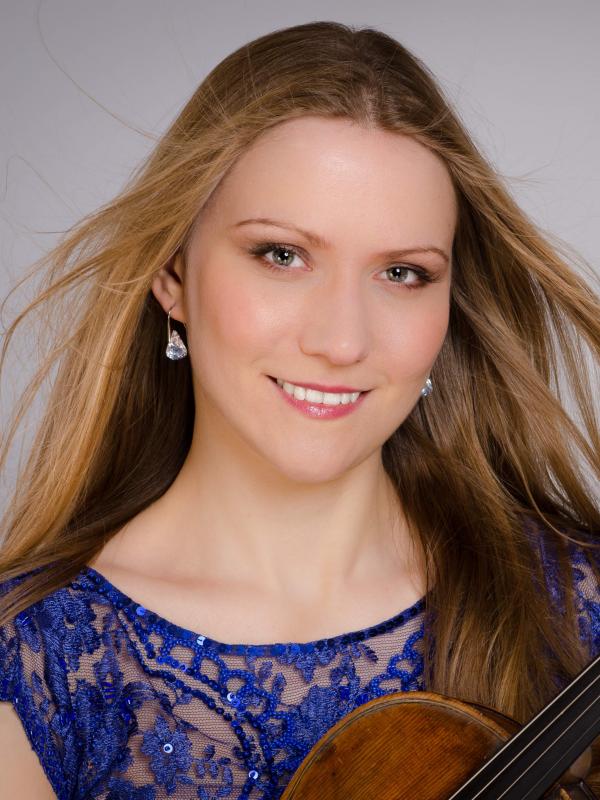 Rosalind Ventris (viola) leads an international career as a soloist and chamber musician, teaching viola and chamber music at the RIAM. Her former teachers include David Takeno, Kim Kashkashian and Miguel da Silva, and she participated in masterclasses with Tabea Zimmermann, Nobuko Imai, Menahem Pressler, Steven Isserlis, Thomas Riebl and Gabor Takács-Nagy. She studied at Cambridge University, and the Guildhall School of Music & Drama. At the Guildhall she won the Max and Peggy Morgan Prize and later became a Fellow.

Her career was launched as the youngest prizewinner at the Lionel Tertis Viola competition, aged seventeen. As a recitalist, she has appeared at the Bozar, Royal Festival Hall, Purcell Room, Wigmore Hall, Slovak Philharmonic and Concertgebouw. As soloist, she has performed with the European Union Chamber Orchestra, Sinfonia Cymru, l’Orchestre Royal de Chambre de Wallonie, and the Belgian National Orchestra. A keen chamber musician, Rosalind has collaborated with Mitsuko Uchida at Marlboro Festival, Tabea Zimmermann, Garth Knox, and Thomas Hoppe at Wigmore Hall, the Arcanto Quartett at the Beethovenhaus in Bonn, and Gerhard Schultz at the Salzburg Festival. In Ireland, she has performed with Annalien Van Wauwe and Barry Douglas, at the West Cork Music Festival, at Dublin’s National Concert Hall, and has a forthcoming performance in the ‘Great Music in Irish Houses’ series.

Rosalind is a strong advocate of contemporary music. She has performed Garth Knox’s Marais Variations at the Wigmore Hall with the composer and Tabea Zimmermann, and has recorded Richard Blackford’s Kalon with the Czech Philharmonic. Edwin Roxburgh has written several works for her (premiered at Wigmore Hall, Purcell Room and Royal Festival Hall), and Trio Anima will soon give the premiere of a new work by Rory Boyle. Rosalind has recorded new music for the Delphian, Signum and Navona record labels, and has broadcast live on BBC Radio 3 and Dutch Radio.

As an artist in residence at Yellowbarn USA she examined the early recordings of the National Gramophonic Society, and the impact this can have on performance. She is currently an Edison Fellow at the British Library, where she is researching historical recordings of the Bohemian quartet. In addition to her position at the RIAM, Rosalind has also taught at King’s College London on the Advanced Performance Course and at the Royal Welsh College of Music & Drama (masterclasses in chamber music and viola, and chamber music coaching).