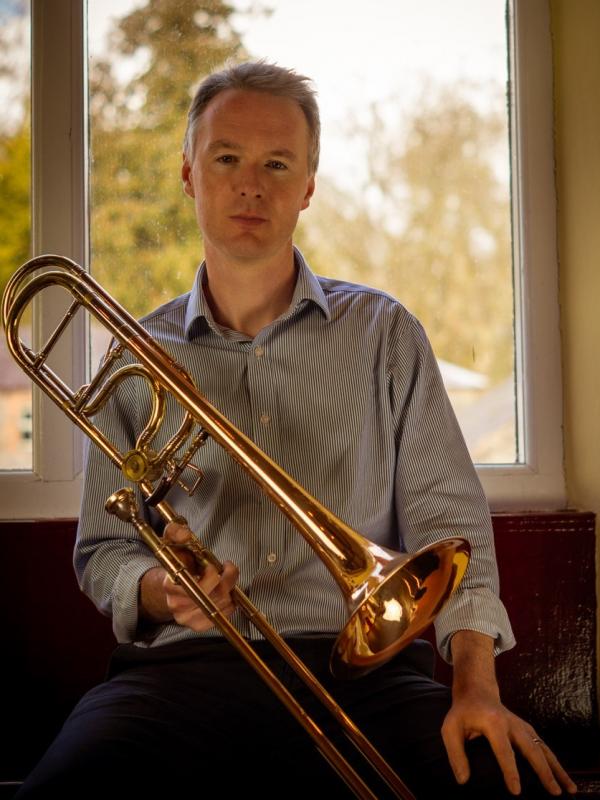 Ross enjoys a busy and varied career as a professional musician, educator and collaborative artist, performing regularly in Ireland, the UK and internationally.

Upon completion of his primary degree in Law, Ross studied with Eric Crees, Simon Wills and John Kenny at the Guildhall School of Music and Drama obtaining a Post Graduate Diploma in Orchestral Training and a Masters in Tenor Trombone performance.

As a freelance trombonist, Ross performs regularly across a wide variety of genres including solo and chamber music, contemporary and new music, jazz and big band, orchestral, opera and commercial work for television and radio.

Ross also appears regularly with all of the professional orchestras in Ireland and has held the position of Principal Trombone with the Wexford Opera Festival Orchestra since 2013 and more recently with Irish National Opera. He has toured extensively with the Irish Chamber Orchestra and Camerata Ireland.

Alongside his career as a performer, Ross is a committed educator, having taught in the City of Belfast School of Music and Methodist College Belfast, as well as working with degree students in the Cork School of Music and Trinity College, Dublin. He has also worked extensively as a brass coach and sectional tutor and has appeared on the jury for several competitions. Ross is currently Head of the Junior department in the Royal Irish Academy of Music.