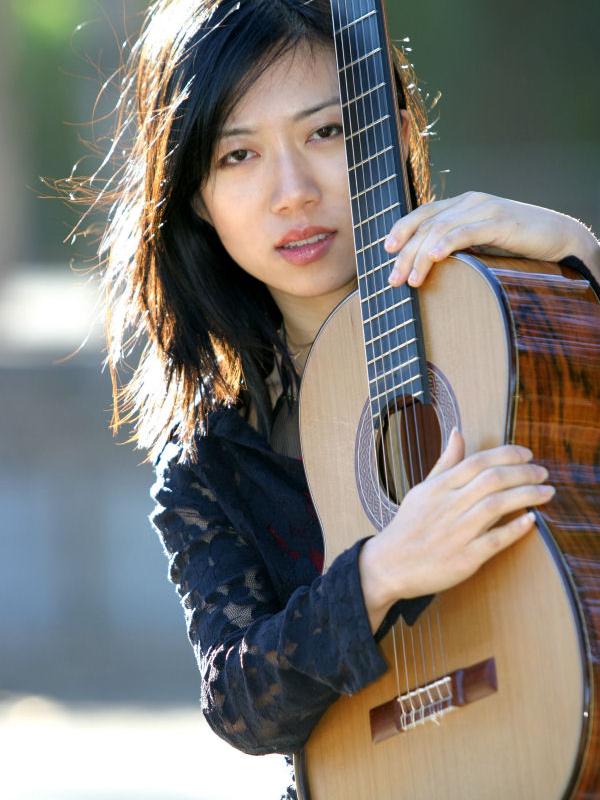 Born in Beijing, now based in the UK, Xuefei Yang (Fei) is acclaimed as one of the world’s finest classical guitarists. Born following the Cultural Revolution, an era where Western music & instruments were banned, the fascinating story of Fei’s rise to the world stage, is that of a musical pioneer. She was the first ever guitarist in China to enter a music school, and became the first to launch an international professional career. Her first public appearance at the age of ten, at the China International Guitar Festival, received such acclaim that the Spanish Ambassador in China immediately presented her with a concert guitar. The composer Rodrigo attended her debut concert in Madrid when she was fourteen and in 1995, when John Williams came to Beijing, he was so impressed with her playing that he gave two of his own Smallman guitars to her Conservatory especially for Fei and other top students to play.

As the first ever Chinese student to be awarded a full international scholarship to the Royal Academy of Music in London, Fei completed her postgraduate studies with DipRAM, and was also honored with the Principal’s Prize. As a professional musician, Fei has performed concerts in 40 countries throughout the UK, Europe, Asia and North America. The demand for her music sees Fei keeping a busy international schedule including London’s major venues (with several sell-out recitals at London’s Wigmore Hall), and concerts at the world’s most prestigious venues including Philharmonie Berlin, Concertgebouw Amsterdam, Konzerthaus Vienna, Laeiszhalle Hamburg, National Auditorium Madrid, Dvorak Hall Prague, Carnegie Hall & Lincoln Center New York, plus the main venues across Asia.  Fei gave both the first solo guitar, and first guitar concerto, recitals ever in Beijing’s National Centre of Performing Arts. In 2003 she performed 54 concerts for the “Night of the Proms” Tour, appearing in Belgium, The Netherlands and Germany, to a total audience of over 800,000 people.

Fei is regularly invited to perform concertos with leading orchestras. This season sees Fei performing with the New Zealand Symphony Orchestra, Detroit Symphony, Barcelona Symphony, the Hallé Orchestra, China National Philharmonic and Guangzhou Symphony Orchestra. In addition to her solo career, Fei regularly appears in collaborations with other musicians. This season sees her performing chamber music with the Elias String Quartet, giving duo recitals with cellist Jian Wang, collaborating with tenor Ian Bostridge in a recital at London’s Wigmore Hall, and with flautist Sir James Galway at the Beijing Music Festival. In 2012 Xuefei received the honour of being made a Fellow of the Royal Academy of Music.  This honour is held by at most 300 people at any one time.

Off-stage, Fei is actively expanding the guitar repertoire, with her own arrangements of pieces (with a particular interest in both adding Chinese music to the repertoire, and making significant contributions to the guitar’s concerto repertoire), and collaborations with composers (in particular a close collaboration with British composer Stephen Goss). The result is several substantial and exciting new works for the instrument, which have found their way onto the concert stage, and into the recording studio.

Fei has an exclusive international recording contract with EMI Classics. Her EMI debut album “Romance de Amor” achieved gold disc status in Hong Kong, & her second “40 Degrees North”, featuring music from Spain and China was chosen as “Best Instrumental CD of 2008” by Canton Radio station in China, and Editor’s Choice in Gramophone Magazine.  Her third CD recorded with the Barcelona Symphony Orchestra and featuring Rodrigo’s Concierto de Aranjuez topped the classical music charts in New Zealand. Fei’s fourth CD of “Bach Concertos” for EMI was released in February 2012. It is Xuefei’s most innovative recording yet. It features her own transcriptions of the music of JS Bach – both solo pieces and concertos (recorded with the Elias String Quartet). Xuefei hopes that these will represent a signification contribution to the baroque concerto repertoire for guitar.