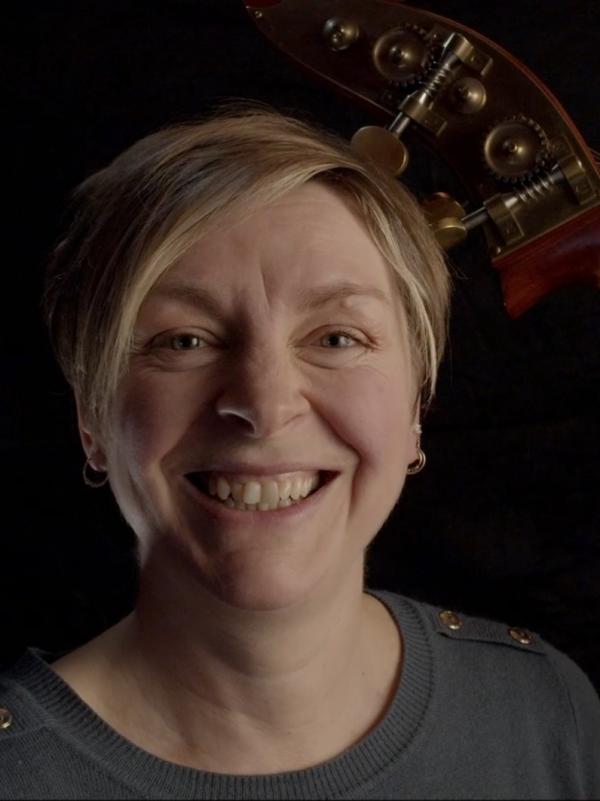 Appointed to the RIAM string faculty in 2021, Aura is a hugely experienced double bass teacher; drawing on professional coaching tools and techniques to fuse student led experiential learning, independent critical thinking and a solid technical knowledge of the instrument.

A scholarship student with Thomas Martin at the Guildhall School of Music and Drama, Aura relocated to Dublin to join the RTE National Symphony Orchestra and was subsequently appointed sub-principal double bass, a position she held until 2016.

A sought-after freelance performer, she now enjoys the variety and diversity of a freelance career, touring the world performing concerts with the Irish Chamber Orchestra, Ulster Orchestra, Camerata Ireland, RTE Concert Orchestra, Irish National Opera and Wexford Festival Opera. Equally at home in symphony or chamber orchestra, as principal bass of the Orchestra of St Cecilia, she performed the entire series of Bach church cantatas, over a period of 10 years. An experienced recording artist, Aura has participated in hundreds of live broadcasts, film sessions, CD and TV recordings.

With a keen interest in chamber music, Aura has performed all of the best-known chamber works that include the double bass. Constantly seeking to expand the repertoire, a recent research project focused on discovering lesser-known 18th and early 20th century pieces including the double bass.

An enthusiastic performer and educator, in 2013 Aura co-founded classicalkids.ie, a chamber music concert series for babies and adults. Beginning in Dublin, it rapidly expanded to include venues throughout the country. Partnering with such institutions as the National Concert Hall, Music Generation DLR and Castletown House, classicalkids' mission is to make chamber music accessible to young children and adults.

As an examiner, Aura has worked for the Cork School of Music and RIAM. She has tutored the DYO and NYOI bass sections and is involved in the National Concert Hall's Learning and Participation programme; recently delivering a third level masterclass for students from Cork and Dublin. She is a tutor in the Presto Project, Cherry Orchard, ensuring access to high quality musical learning for all.

Aura plays a double bass made for her by Thomas Martin.

The video provider requires that you accept marketing and statistics cookies in order to view this video.