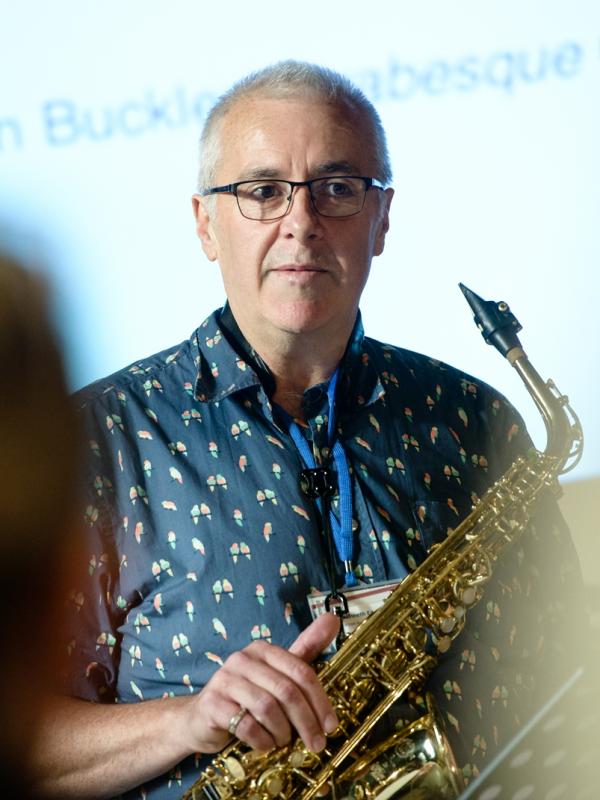 Saxophonist Kenneth Edge is one of Ireland’s leading and most innovative musicians. He studied with Sydney Egan in Dublin, John Harle in London and Jean-Marie Londeix in Bordeaux. He began his musical career by winning the ‘RTE Young Musician of the Future’ competition in 1983. He was the original Saxophonist for ‘Riverdance’ and Solo Clarinettist for the original Broadway production of Boublil and Schoenberg’s The Pirate Queen

Kenneth’s saxophone playing has inspired many leading composers to write new works for him, including John Buckley’s Concerto for Alto Sax and String Orchestra and major works for saxophone by Raymond Deane, Benjamin Dwyer, Shaun Davey and Micheál O’Súilleabhain. He is the featured saxophone soloist on two movie soundtracks by the great American film composer Elmer Bernstein: A rage in Harlem and The Grifters.

He composed the score for Coisceim Dance Theatre’s critically acclaimed production Touch Me, which premiered at the Project Arts Centre, Dublin in November 2011 and his 3 Études for Saxophone Quartet, played by The Chatham Saxophone Quartet was released on CD (RTE Lyric FM label) in 2015.

Kenneth is a Saxophone lecturer and completed his DMus at the Royal Irish Academy of Music in 2021.