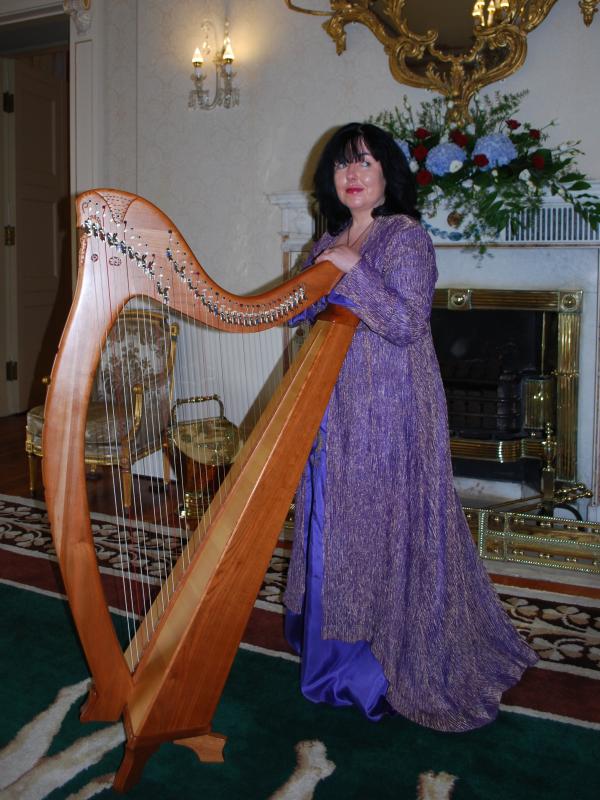 Áine Ní Dhubhghaill was immersed in Irish traditional music from an early age and has received wide acclaim as a harper both at home and internationally. She has performed at numerous harp festivals and venues around the world including the US, Hungary, the Netherlands, Brittany, Wales, Scotland, England, Germany and Vietnam.

Áine has premiered compositions by Savourna Stevenson and Mícheál Ó Súilleabháin and her recordings include several CDs including RTÉ's A Touch of the Master's Hand, Masters of the Irish Harp and several film scores. As a Concert Harpist, Áine has played with ensembles, choirs and orchestras including the RTÉCO and RTÉNSO.

Áine played at the opening concert of the World Harp Concert in Dublin as soloist and accompanying renowned traditional singer Iarla Ó Lionaird and Nobel Prizewinner Seamus Heaney. On numerous occasions she has performed for dignatories and Heads of State including Queen Elizabeth II on the occasion of her historic visit to Ireland.

Áine has played a pivotal role in the promotion of the harp in Ireland.  Under Áine's stewardship as Festival Director of the International Harp Festival, An Chúirt Chruitireachta from 2011 to 2016 she received The TG4 Gradam Award on behalf of Cairde na Cruite for its contribution to the development of the Harp in Ireland. Her arrangements feature in all of the Sounding Harps series and she is co-editor of Rogha na gCruitirí (100 tunes for Irish Harp). Áine is Chair of Cairde na Cruite and is a committee member of Cruit Éireann Harp Ireland.