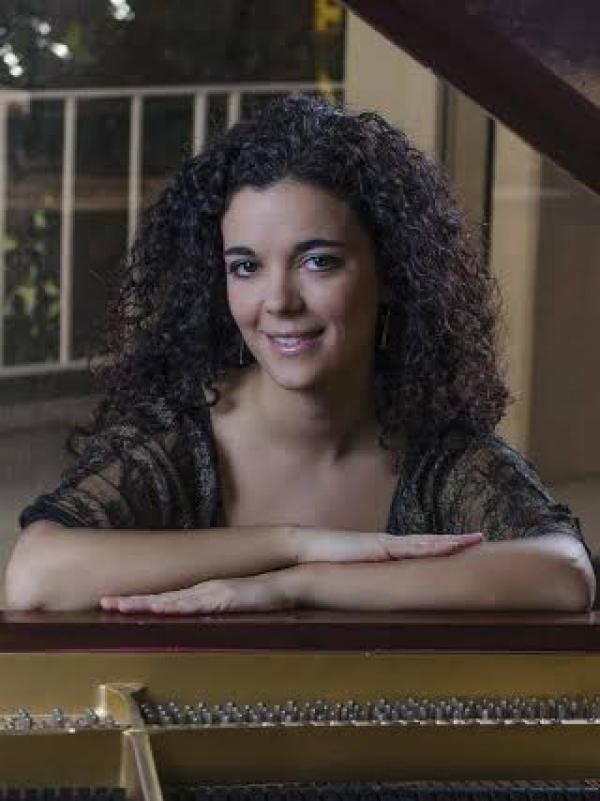 Born in Milazzo, Italy, Annalisa began studying piano at the age of five in Mar del Plata, Argentina, with Professor Olga Brogno, studying both Classical and South American Folk music. She was later accepted into the Luis Gianneo Music Conservatoire in Mar del Plata, where she studied with Marta Scafoglio and Eugenia Rozental and she started accompanying and playing chamber music when she was 10 years old.

Annalisa played with the Woodwind Orchestra and the Symphonic Orchestra from the Corelli Conservatoire in the main recital halls of Sicily.  She has played in the performance of  Carmina Burana by Carl Orff (in the version for two pianos, instruments and choir) at the University of Messina; in The Carnival of the Animals by C Saint-Saens, and in the xx century music festival ”Omaggio a Contilli” at the Sala Laudamo in Messina.

She has also taken part in piano Master Classes with Alan Weiss (USA) in Barcelona (Spain); a Specialization Course for Piano Accompanists with Maestro A. Averna, in Sinagra (Me), a training post Diploma two-year course in Chamber Music with Maestro Bruno Canino at the Accademia di Fiesole and the yearly piano course held by Maestro Daniel Rivera in Montopoli (Pisa).

In 2009 Annalisa received her Masters in Music Education, and in 2010 she reveived the II Level Diploma in Piano performance at the Conservatoire in Messina, attaining the highest possible marks and Honors. In May 2012 she gained a Master in Piano performance at  Converse College, Petrie School of Music (Spartanburg, USA) with Dr Douglas Weeks. As a first year student she won the Young Artist Competition, for the Masters Students category and in October 2011 she performed the L.V. Beethoven 3th Concerto with the Converse Symphony Orchestra.

During the 3 years in the United States she was intensely involved as a solo pianist, accompanist for students and orchestras, pianist for Operas and Operetta (Tender Land, Hansel and Gretel, Cosi Fan Tutte, Gondoliers) Teacher for the Lawson academy and Coach for the Converse Opera, and Opera scenes. Annalisa also attended Master Classes with Alon Goldstein (Israel), Joe Nakamatsu (New York), Tempest Trio (Israel), Ensemble Caprice (Canada). Back in Italy she performed with Alison Dalton (First violin’s section, Chicago Symphony) a Chamber recital in Salina (ME) and a series of Latin American music recitals also in Salina (July, August 2013).
In June 2014 she was principal accompanist for the first Annual Bassi Brugnatelli” International conducting and singing symposium with Conductor, John Ratledge and Soprano, Rebecca Turner.

Annalisa moved to Ireland after being selected in May 2014 for an Accompanist Fellowship at the Royal Irish Academy of Music in Dublin.