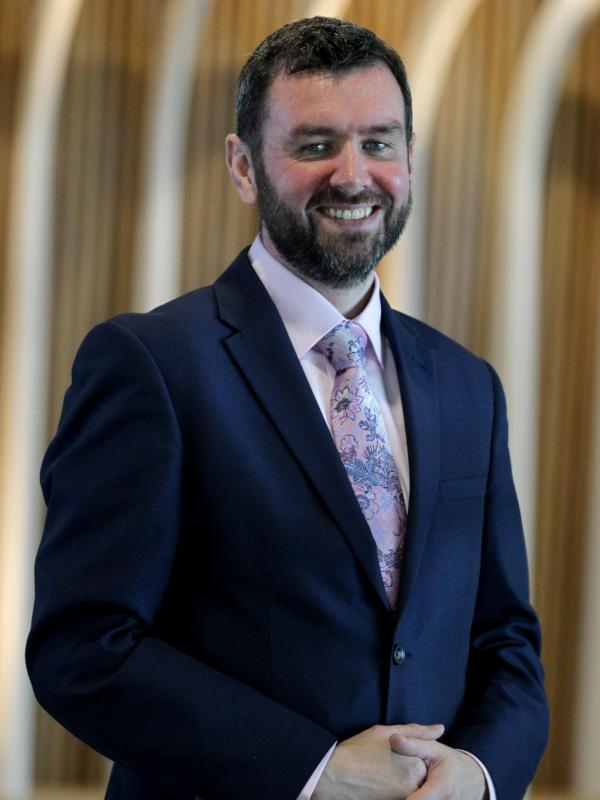 Brendan Breslin was appointed the Head of Connect for the Royal Irish Academy of Music in 2018, senior manager with responsibility over RIAM Exams, Publications, Outreach, and Teaching & Learning.

In June 2016 Brendan won the National Association of Brass Band Conductors competition in the UK, which has afforded him the opportunity of working with some of the main Championship brass bands in the UK, including the Fodens Band, Whitburn Brass Band, the Reg Vardy Brass Band and Carlton Main Frickley Brass Band.

As a composer and arranger, Brendan’s music has featured with orchestras, brass and concert bands such as the  RTÉConcert Orchestra, the Cory Brass Band, the Roberts Bakery Band, the Irish Defence Forces Bands, the Band of An Garda Síochána, as well as noted artists such as Cara O’Sullivan, Brian Kennedy and Peter Corry. His scores have featured in musical programming for RTÉ radio and television, as well as the Dublin Fringe Festival.

In February 2017 Brendan was a prize winner in the Ensemble de Cuivres Valaisan Composition Contest for his original work ‘Cruise Control’, as well as the audience award from the premiere performance of the three winning entries.