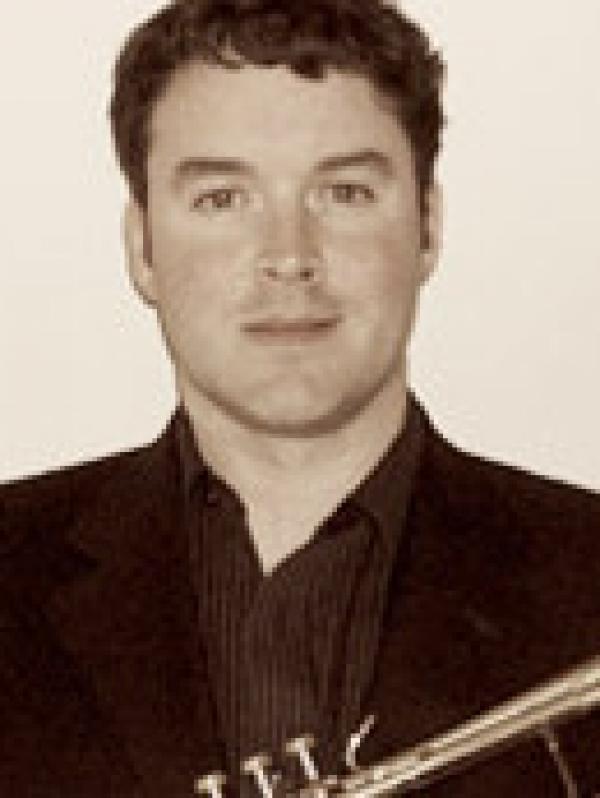 Colm began playing the cornet at the age of six. His father, a trombone and piano player, taught him his first scales and tunes, then sent him to his local “Navan Silver Band”. Three years later he attended the Royal Irish Academy Of Music to study trumpet with James Cavanagh. Under Professor Cavanagh’s guidance, Colm won junior and senior Feis Ceoil and also the Walton cup for Brass. During the RIAM years Colm took part in ten years of ensemble playing including the National Youth Orchestra of Ireland, Irish Youth Symphonic Wind Ensemble, and The European Wind Ensemble. At fifteen Colm performed the Hummel Trumpet Concerto with the RTE Concert Orchestra as part of a European Broadcasting Union “Young Soloists” concert and broadcast.

Colm has played solo works with the Rukert Chamber Orchestra, Irish Youth Symphonic Wind Ensemble, the RIAM Symphony and Baroque Orchestras, the Orchestra of Saint Cecilia , the RTE Concert Orchestra and the National Symphony Orchestra Of Ireland. Colm has also been recorded extensively on numerous movie scores and an array of albums of different genre. Following a return to part-time study Colm obtained his Masters Degree in Music from Dublin City University and the Royal Irish Academy of Music where he has taught trumpet for the past fourteen years.

In April of 1999 he joined the brass section of the National Symphony Orchestra of Ireland as co-principal trumpet and in 2006 performed Haydn’s trumpet concerto as soloist.