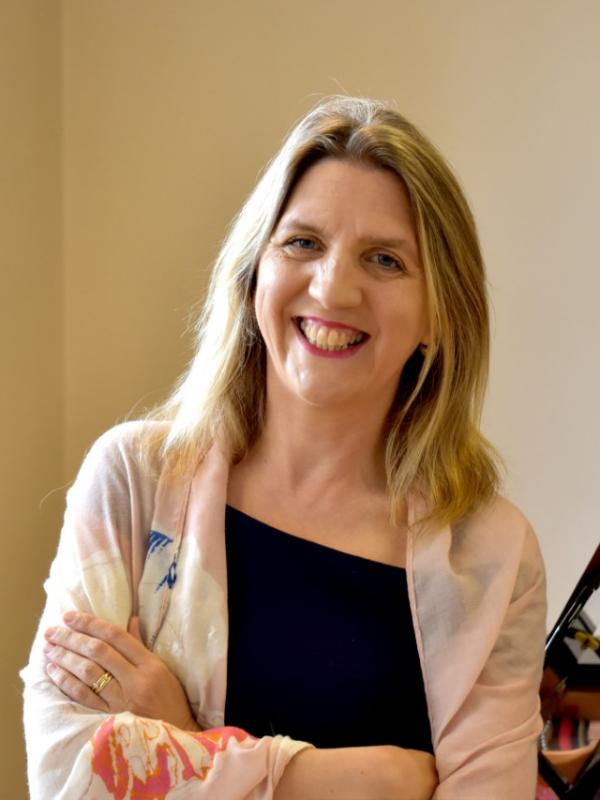 Dearbhla Collins is one of Ireland’s finest pianists. She is most well known as a song pianist and performs recitals with singers such as Benjamin Appl, Patricia Bardon and Tara Erraught. She also regularly works with Dame Ann Murray and Brigitte Fassbaender. As well as being vocal coach at the RIAM, she has recently been appointed Assistant Head of Music at the National Opera Studio, London.

She has also coached in the Universität für Musik, Vienna, in Zurich and the Beijing Central Conservatory. She is the founder and Artistic Director of Dublin Song Series which puts on song recitals in Dublin at the National Concert Hall and the Hugh Lane Municipal Art Gallery.

Dearbhla is the Artistic Administrator of the Veronica Dunne International Singing Competition, previous winners of which include Nadine Sierra, Fatma Said and William Thomas.

In October 2017 she was awarded an honorary doctorate for her services to music in Ireland from the National University of Ireland. In July 2019 she was appointed appointed Assistant Head of Music at London’s National Opera Studio.