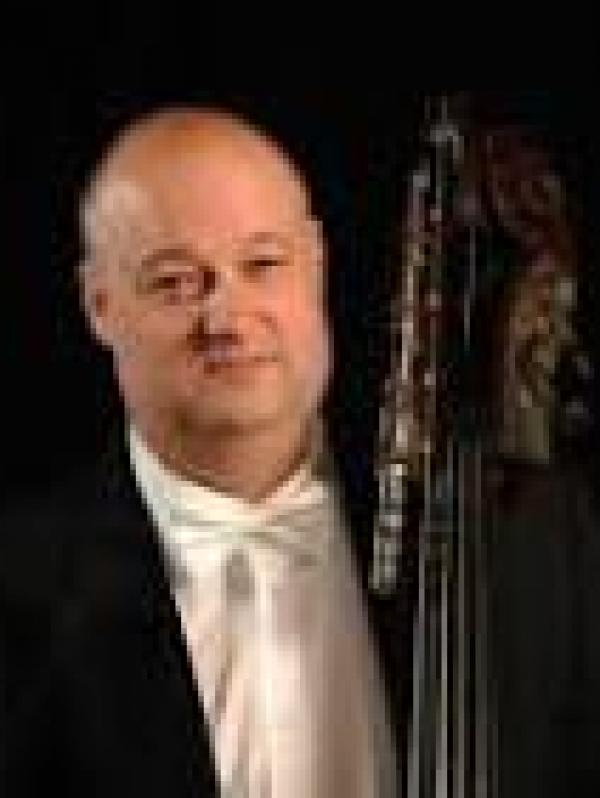 Dominic Dudley was born in Dundee, Scotland, and began playing the Double Bass at the age of thirteen with Ronald Large. Dominic continued his studies at the Guildhall School of Music and Drama with Thomas Martin and Kevin Rundell.

In 1994, Dominic was appointed Section Leader (Principal) Double Bass with the RTÉ National Symphony Orchestra of Ireland at the age of 23. In recent seasons he has also been Guest Principal at the RPO, CBSO and the Ulster Orchestra.

As a chamber musician, Dominic has played with many leading International musicians, including Nicola Benedetti, Philip Cassard, John O’Conor, the Vanburgh Quartet, the Con Tempo Quartet, the Danish Quartet, and Jorg Widmann, as well as numerous chamber concerts with members of the NSOI. He also performs regularly at the West Cork Chamber Music Festival.

In 1996, Dominic was appointed Double Bass professor at the Royal Irish Academy of Music. Since then, Dominic has become increasingly interested in Music Education. He was a Music Facilitator for the NSOI, involving school visits and workshops.

Dominic plays on an English Double Bass by Lott 1820, as well as an instrument by his teacher, Thomas Martin.