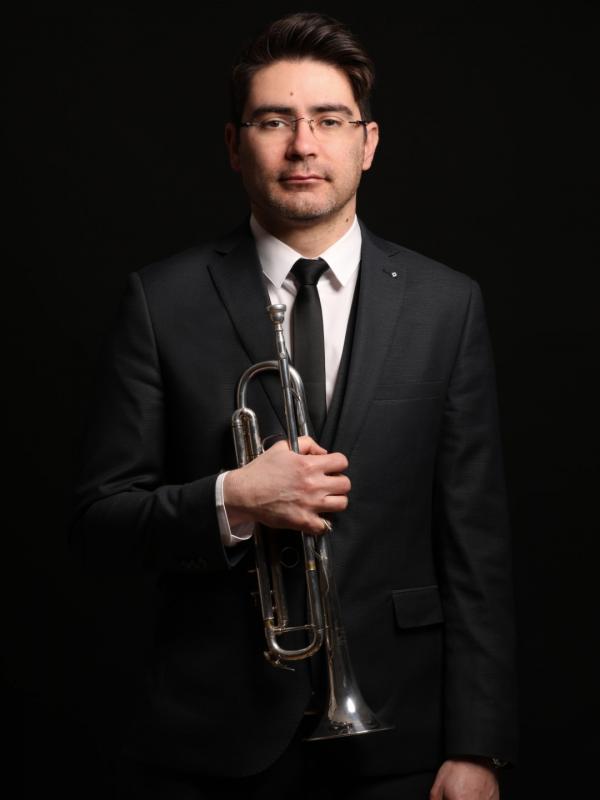 From a young age, Fábio Neves learned to play trumpet with his local brass and reed band, in Portimão, Portugal. He went on to study with João Rocha at the Academia de Música de Lagos. In 2009, Fábio commenced his Bachelor in Music Performance at the Universidade de Évora, Portugal, under the guidance of Pedro Monteiro (Principal Trumpet in the Orquestra Sinfónica Portuguesa).

Fábio began his professional career as a trumpeter, becoming Principal Trumpet with the wind orchestra Orquestra de Sopros do Algarve; performing in recitals; and working with diverse music ensembles. He co-founded the wind orchestra Nova Filarmonia and was musical director from 2008-2014.

Fábio is an active freelance trumpeter covering a variety of music genres, some of which has been recorded for TV and other performances have been across Europe. He has also played play with the RTE NSO and Ulster Orchestra.

Fábio's passion for teaching lead him to complete a Licentiate Teacher Diploma in Trumpet. His teaching role has expanded into many schools throughout Dublin. In 2017, he was invited to join RIAM's trumpet faculty. Fábio is enjoying the experience that comes with the role, and is excited at the opportunity of continuing his journey with RIAM.