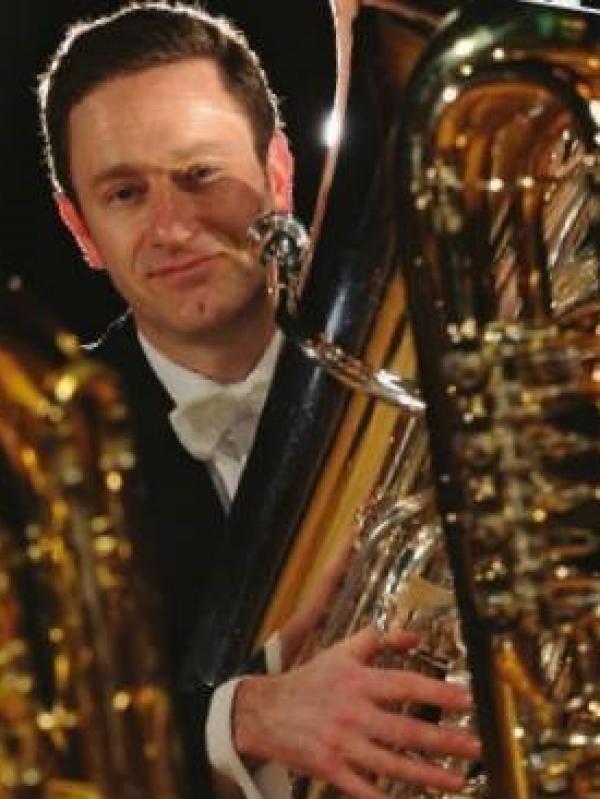 A graduate of Glasgow University, Francis studied tuba at the Royal Scottish Academy of Music and Drama (where he won the Governors’ Recital Prize for Brass) and the Royal Northern College of Music in Manchester. He was Principal Tuba of the European Community Youth Orchestra under Claudio Abbado with whom he toured Europe.

After college Francis enjoyed a busy freelance career. Working mostly with Scottish Opera and the Scottish Chamber Orchestra he also performed with many of Britain’s symphony orchestras, such as the Royal Philharmonic and BBC Symphony in London, the BBC Philharmonic in Manchester, the Royal Liverpool Philharmonic, the BBC Scottish and Royal Scottish National Orchestras. He moved to Dublin in 1997 when he joined the RTÉ National Symphony Orchestra. More recently he has performed as a guest principal with the BBC National Orchestra of Wales, BBC Scottish, Ulster Orchestra, Irish Chamber Orchestra, and Cyprus Symphony Orchestra.

A keen chamber musician Francis was a member of the Scottish Chamber Orchestra Brass Quintet for 10 years giving regular recitals and educational workshops throughout Scotland, and recording for CD and radio. He has appeared on television and radio with the BBC Scottish Brass and Athenaeum Brass and is currently a member of Earlsfort Brass and Dublin Brass.

Francis was appointed to the RIAM Wind, Brass & Percussion faculty in 2001. He previously taught tuba, euphonium and cimbasso at the Royal Scottish Academy of Music and Drama (Royal Conservatoire of Scotland) and the CIT Cork School of Music. He has acted as a specialist external examiner at both.