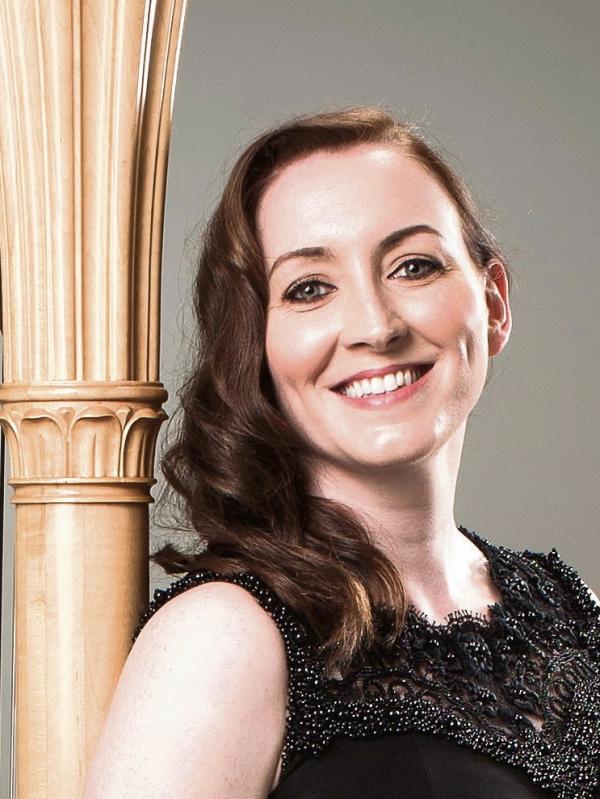 Geraldine has been Principal Harpist with the RTE Concert Orchestra since 2006. In the same year, she was appointed to the teaching staff of the Royal Irish Academy of Music in Dublin. As a chamber musician, she has recorded five critically acclaimed CDs of chamber music for violin, cello and harp with the group Reflecting Strings.

She is also a founding member of the flute, viola and harp ensemble “Triocca“, who recorded their debut CD on the RTE Lyric FM label and with whom, she has toured internationally. Geraldine has been privileged to premiere chamber and solo harp works by James Wilson, Eric Sweeney, Linda Buckley, Philip Martin and John Buckley.

As a soloist, she has performed with the Ulster Orchestra, Sinfonia Cymru, the Hungarian State Symphony and the RTÉCO.

Geraldine also enjoys a variety of work in the field of light music, highlights include the premiere of Boublil and Schoenberg’s The Pirate Queen in Chicago, the European premiere of The Light in the Piazza by Adam Guettel in the UK and more recently, a UK tour and BBC Prom with the John Wilson Orchestra. She has recorded for Paul Byrom, The Priests, Celtic Woman and Celtic Thunder amongst others and she also features on the soundtrack to the oscar nominated film “Albert Nobbs“.

Geraldine holds a B Mus (Hons) from the Guildhall School of Music and a Konzertdiplom from the Hochschule fur Musik in Zurich, where she studied with the eminent French harpist Catherine Michel.