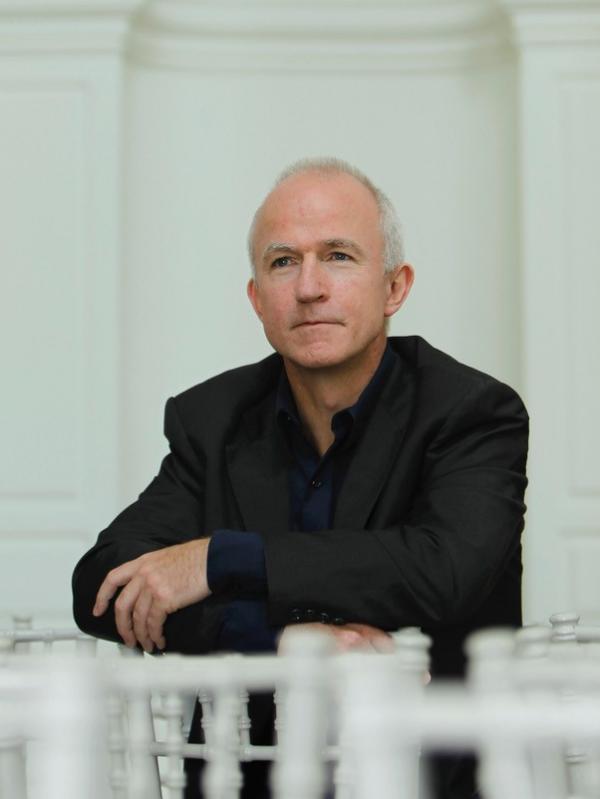 Born in Dublin in 1958, Hugh Tinney first came to international recognition by winning first-prize in two international competitions, the 1983 Pozzoli in Italy and the 1984 Paloma O'Shea in Spain, and since then he has performed in more than thirty-five countries throughout Europe, the United States, Latin America and the Far East.  His teachers included Mabel Swainson in Dublin and Louis Kentner, Bryce Morrison and Maria Curcio in London.

A prize in the 1987 Leeds Piano Competition earned him a busy career in Great Britain performing with many major orchestras including the London Philharmonic, Royal Philharmonic, Philharmonia, City of Birmingham, Royal Liverpool, Royal Scottish and BBC National of Wales. He has performed more than sixty different concertos.

In 1995, Hugh joined the staff of RIAM, where he prepares students for 3rd and 4th level degrees (Bachelors, Masters and Doctorate) as well as diplomas (Recital Artist Diploma, and other internal and external diplomas), 2nd level exams (Leaving Cert, Junior Cert, and internal RIAM exams) and competitions (DIPC, Feis Ceoil and others).

Since the mid-1990’s, he has played chamber music with many distinguished individuals and groups; he and violinist Catherine Leonard have collaborated as a duo for many years.  Chamber music partners have included the Borodin, Tokyo, Vanbrugh, Con Tempo and Vogler Quartets, Julian Rachlin, Patricia Kopatchinskaja, Steven Isserlis, Alban Gerhardt, Guy Johnston, Jörg Widmann, John Finucane, Carol McGonnell, Finghin Collins, John O’Conor, Bernadette Greevy and the Academy Chamber Ensemble, with whom he toured China several times in 2012 to 2014.  He is a frequent performer at chamber music festivals, including Bantry, Killaloe, Sligo and Great Music in Irish Houses.

A recipient of a bursary from the Arts Council of Ireland in 2006 to work on contemporary music, he performs music by many Irish and international contemporary composers.  He has been involved in commissioning new works from various Irish composers and has featured in performances and recordings of works by Raymond Deane, Ian Wilson, Gerald Barry, Siobhán Cleary, Jane O’Leary and others.  He has recorded solo, chamber and concerto repertoire for Decca, Naxos, RTÉ lyric fm and several other CD labels.

From 2000 to 2006, Hugh Tinney was Artistic Director of Music in Great Irish Houses.  He is currently joint Artistic Director of the Westport Festival of Chamber Music.  He has been a jury member at several international piano competitions, including Santander and Dublin.  In September 2007, Hugh was awarded an Honorary Doctorate in Music by the National University of Ireland.

In 2018, in recognition of his 60th Birthday on 28th November, Hugh fulfilled some key celebratory engagements - a solo recital in June for Great Music in Irish Houses in Dublin; a 12-stop recital tour of Ireland & Northern Ireland in November, jointly funded by the Arts Council of Ireland and the Arts Council of Northern Ireland; and a performance of Beethoven’s Emperor Concerto with the RTÉ NSO under Jonas Alber to a sold-out National Concert Hall in Dublin.