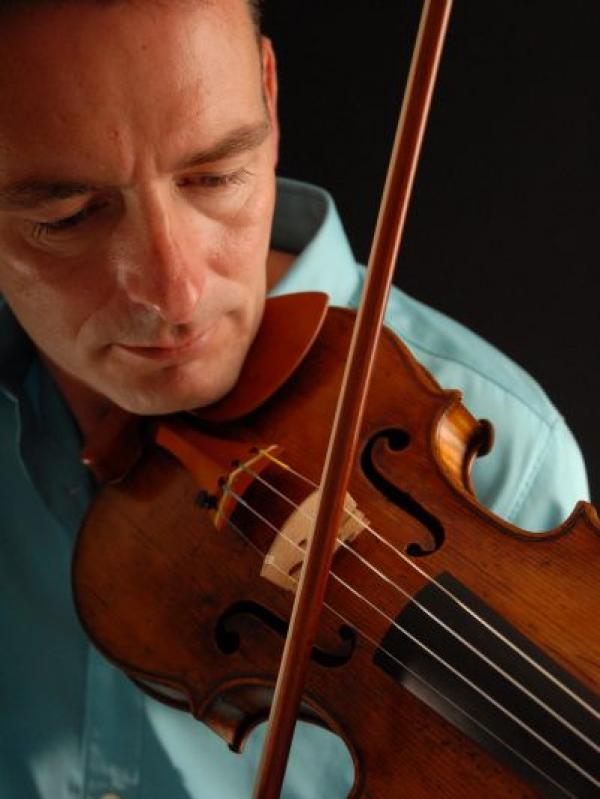 Michael d’Arcy began playing the violin at the age of seven and studied with Harry Cawood, Pavel Crisan and Lydia Mordkovitch.

Since his London début in 1990 with the Walton Concerto, Michael d’Arcy has performed throughout Europe, North and South America and in the Far East. Eager to return to Ireland, he was concertmaster of the National Symphony Orchestra during their 1992/1993 season, taking up the same position with the RTÉ Concert Orchestra in 1994, a position he held until 2000 when he left to pursue a broader range of musical activities.

As a concerto soloist Michael performs regularly with all the major Irish orchestras. He has also performed as soloist in the USA, Korea, Russia, the United Kingdom, France, Germany and the Netherlands. He has appeared as guest concertmaster of English National Opera, BBC Scottish Symphony, Bournemouth Symphony, Ulster Orchestra, Irish Chamber Orchestra, Portuguese National Orchestra, Opera Ireland, Opera Theatre Company and many others. He is currently concertmaster of Camerata Ireland, directed by Barry Douglas, which brings together the finest Irish musicians and with which he tours internationally.

Keen to bring new and neglected works to the public, Michael has given the world première of the Violin Concerto by Ronan Guilfoyle (commissioned for him by RTÉ) and the Irish premières of concerti by Samuel Barber, Kurt Weill, Philip Glass, Martinu and Scelsi. He has also given the first Irish performances of works by Xenakis, Penderecki, Thomas Adès, Gerald Barry amongst others. He recently performed the Violin Concerto and “Variations on a Dublin Air” by Sir Hamilton Harty with the Ulster Orchestra for BBC Radio Three.

Michael d’Arcy plays on violins by Carlo Giuseppe Testore, made in Milan in 1710, and by Roger Hansell, made in Yorkshire in 2008.