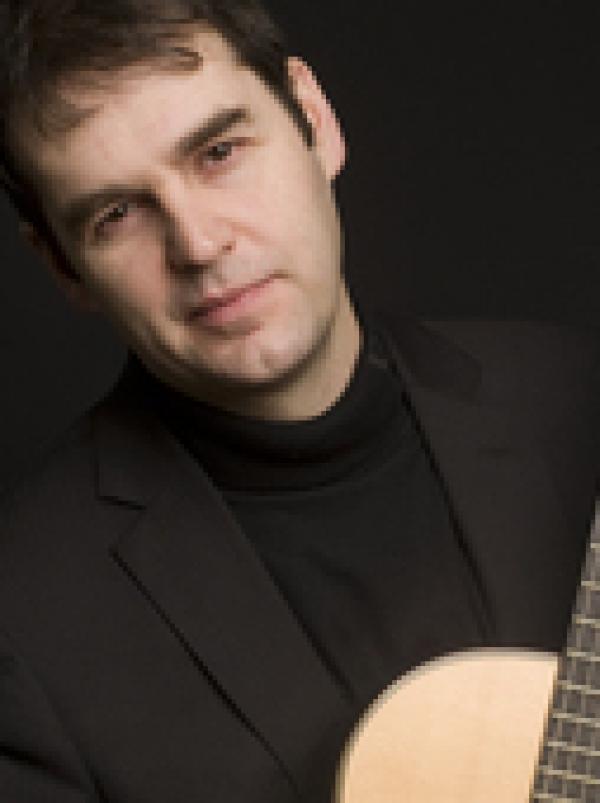 Dr Michael O’Toole is one of the leading guitarists in Ireland today. He has performed all over the world to great acclaim and has worked with many other world-class musicians and ensembles. He completed his PhD in 2018 in the Conservatory of Music and Drama at Dublin Institute of Technology. In 2019 Michael will be publishing his first book John Williams: Changing the Culture of the Classical Guitar, with Routledge Publishers

Throughout his career, Michael has balanced his busy performing schedule with an active role in promoting the instrument at home and abroad. He spent three years as Artistic Director of The Waltons Guitar Festival, in Dublin and in 2007, was curator of the Chord Festival, which brought an array of excellent musicians including John Williams to Ennis, Co. Clare. Michael is currently a director of the prestigious Kilkenny Arts Festival.

Michael recorded the solo cd Invocation in 2007, which receives regular airplay on Lyric FM and RTÉ Radio 1. He is well-known for collaborating with others and has worked with many different groups such as the RTE Concert Orchestra, the National Symphony Orchestra, The Opera Theatre Company, The Dublin Guitar Quartet, Impromp2, The Carducci Quartet, The Callino Quartet and many others. He has been involved in a hugely successful duo project with famous Chinese pipa virtuoso Liu Fang (the only known collaboration between classical guitar and pipa), which led to the acclaimed recording Changes in 2008 and a number of concerts since then around Ireland. The duo have performed in Mexico as part of the prestigious ‘Zacatecas Festival’ and Michael has also worked with many high-profile Irish composers such as David Fennessy, Eric Sweeney, Ian Wilson and Anna Rice in addition to working with international composers Toshiyuki Haraoki, Clark Ross and Philip Glass. He also performed as soloist in 2009 on a soon-to-be-released recording for composer John Hughes with the RTÉ Concert Orchestra and arranged by Fiachra Trench. Michael has performed on radio many times, including a live recording of Rodrigo’s Aranjuez Concerto in 2005 on Lyric FM, with David Brophy and the RTÉ CO as well as performances on the shows of Pat Kenny, John Kelly, Ryan Tubridy, Vincent Browne and many others. Last August, Michael performed Rodrigo’s Concerto de Aranjuez with the Kilkenny Arts Festival Orchestra in St. Canices Cathedral, Kilkenny.

Michael studied for many years with Irish virtuoso John Feeley and subsequently with Ricardo Iznaola in Denver Colorado. He has a deep commitment to education and teaches in the Royal Irish Academy of Music and at Waterford Institute of Technology’s Department of Creative Arts. He has previously taught with great distinction in the DIT Conservatory of Music and Drama and has been employed as a 2nd, 3rd and post-graduate examiner at the RIAM, DIT, WIT, Cork School of Music and Dundalk Institute of Technology.

Michael performs on a guitar made by Philip Woodfield Moore.