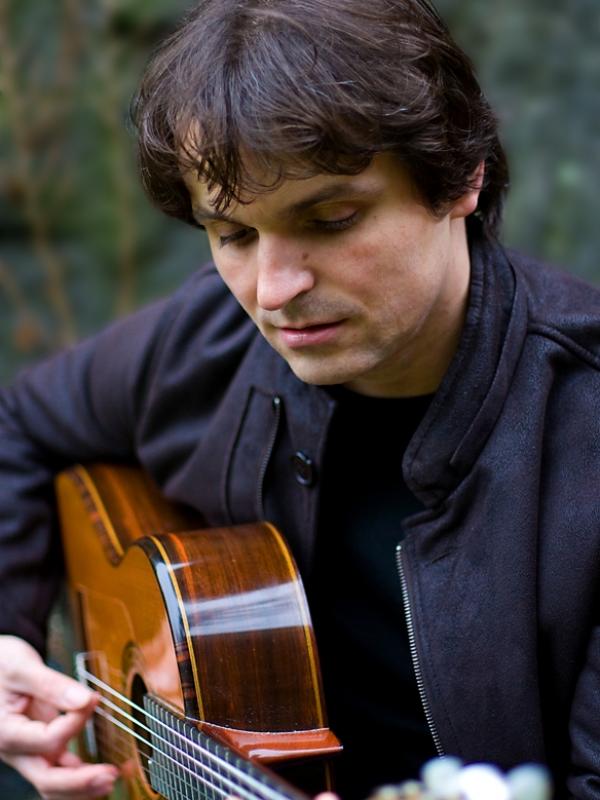 Peter Katona (guitar) is an internationally established concert artist with over 30 years teaching experience. With his guitar duo ‘the Katona Twins’ he has given recitals in the major concert venues throughout the world including performances at Carnegie Hall, Wigmore Hall, Concertgebouw in Amsterdam, Konzerthaus in Vienna, Tchaikovsky Concert Hall in Moscow, Suntory Hall in Tokyo, and the Philharmonie in Berlin. In 2009, as the soloists of the “Night of the Proms” the Katona Twins performed live to half a million people in arenas across Europe. They have played together with renowned musicians such as Yo-Yo Ma and Kathryn Stott and world-class ensembles such as the BBC Concert Orchestra and the London Sinfonietta.

Peter Katona’s arrangements and recordings have recently been used in the US blockbuster TV series Fargo and a Broadway show “The River” featuring X-man Star Hugh Jackman.

He won numerous prizes, both individually and with his guitar duo. Among others in 1997 the Katona Twins were winners at the Young Concert Artist Trust competition in London and the Park Lane Group contemporary music auditions. In 1998 they won the Concert Artists Guild Competition held in New York, followed by a tour of the United States including their Carnegie Hall debut. In 2004, they were awarded the prestigious Borletti-Buitoni prize and from 2007 to 2011 were Resident Artists of San Francisco Performances.

The Katona Twins have been invited on numerous occasions to record for the BBC and other international television and radio stations. Their numerous CD releases include music by Scarlatti and Handel; Rodrigo; Albéniz, Piazzolla and Manuel de Falla.