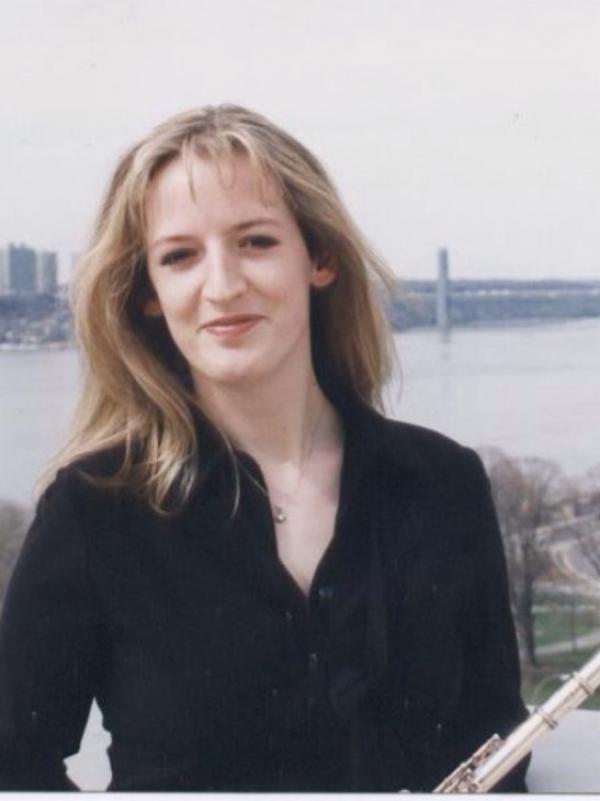 Ríona Ó Duinnín is a former student of the Royal Irish Academy of Music where she studied flute with William Dowdall. While at the RIAM Ríona received numerous awards and prizes including the prize for ‘Most Outstanding Student of the Year’, the Ulster Bank Music Foundation Award on RTE’s ‘The Late Late Show’ and also received her Licentiate diplomas in both flute and piano, having also studied piano with Dr John O’Conor.

A Fulbright Scholarship enabled Ríona to study for her Masters degree in the New York with Jeanne Baxtresser, Principal Flute of the New York Philharmonic Orchestra. Since then she has been invited to participate in various festivals worldwide including the Tanglewood Music Centre in Boston, Schleswig Holstein in Germany and at venues throughout the US and Europe.

Ríona has performed as guest principal flute with many orchestras including the Oslo Philharmonic Orchestra, the RTÉ NSO and RTÉ Concert Orchestra and has been principal flute the Wexford Festival Opera Orchestra since 2006.

She is a founding member of Triocca, a flute, viola and harp trio who have toured the UK and Ireland extensively and were also invited to perform at festivals in Germany, Singapore and the US. Their debut CD which includes specially commissioned works by some of Ireland’s leading composers has been released on the Lyric FM label.