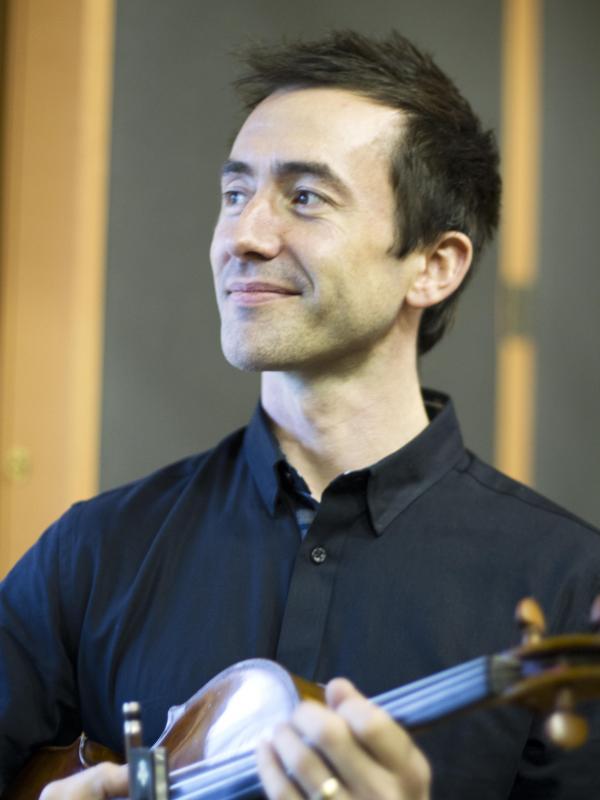 Liverpool born Robin Panter (viola) was a chorister in Liverpool Cathedral Choir from the age of 4. He went on to study the viola at the Royal Northern College of Music under Roger Benedict and Scott Dickinson, and in 2004 was appointed tutti viola with the BBC Scottish Symphony Orchestra. While in Scotland Robin was a member of the founder musician team at ‘Big Noise’ Sistema Scotland – the Scottish partner of the ground-breaking ‘El Sistema’ programme in Venezuela.

Robin is currently a member of the Irish Chamber Orchestra, and a regular guest violist in orchestras and ensembles throughout Ireland and the UK including the RTÉ National Symphony Orchestra, Royal Liverpool Philharmonic Orchestra and the Ulster Orchestra. Robin is also violist of the Robinson Panoramic Quartet who have commissioned and performed more than 25 new pieces from Irish composers, four of which were part of a residency at Kaleidoscope Night in 2014.

Robin plays a John Dilworth viola and a Noel Burke bow, which were both part-funded and supported by Music Network’s Music Capital Scheme, funded by The Department of Arts, Heritage and the Gaeltacht. Music Network is funded by The Arts Council.