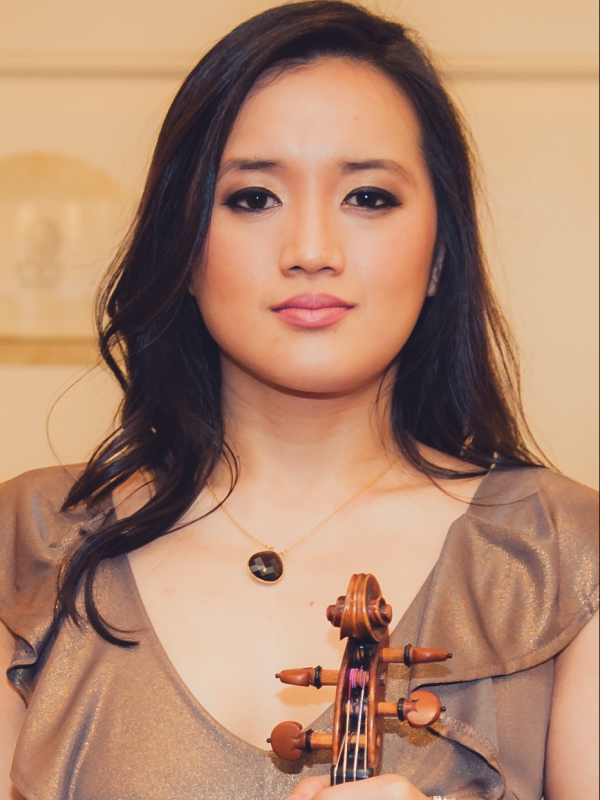 Sarah Sew was appointed Professor of Violin, Head of Strings and Chamber Music at the Royal Irish Academy of Music in August 2018. She teaches violin, chamber music and takes classes in audition training and orchestral excerpts. Sarah’s teaching style focusses on building independent learning, giving students the tools for thoughtful and efficient practice in order to achieve their performance aims. With her students, she develops concepts of artistic choice alongside a detailed exploration of technique.

Sarah studied with Maurice Hasson and Howard Davis at the Royal Academy of Music in London, and Friedemann Eichhorn at the Hochschule für Musik Franz Liszt Weimar. She was elected as an Associate of the Royal Academy of Music in 2018. Additionally, Sarah is Artistic Director of Beckett Chamber Music Series, which explores the connection between words and music, inspired by Samuel Beckett’s reduction of artistic expression. Through her inter-disciplinary work, she has collaborated closely with actors, writers, directors and theorists.

As a sectional tutor Sarah has worked with violin sections of the European Union Youth Orchestra, National Youth Orchestra of Ireland and youth orchestras in Greece, China and the UK. She additionally works as a adjudactor, examiner and jury member at both junior and degree level for live competitions, exams and recorded competitions.