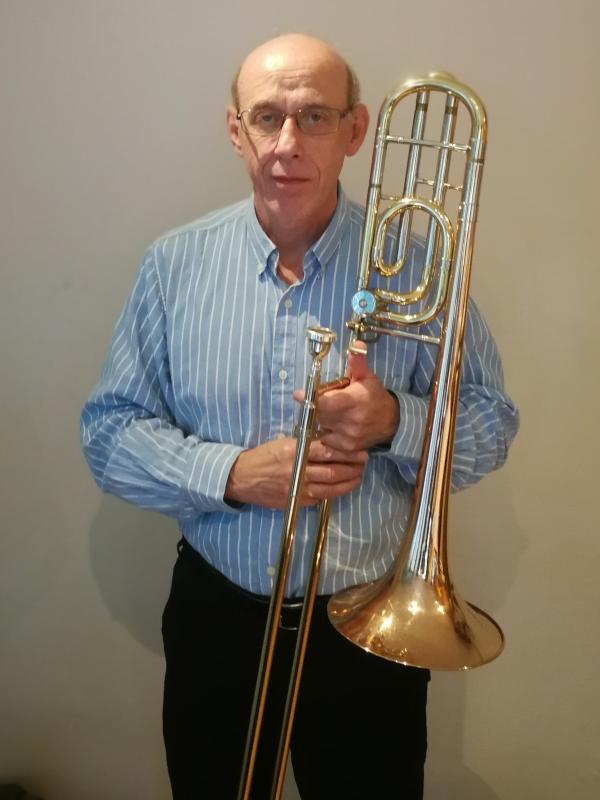 Seán Fleming, born in Dublin, was introduced to the trombone while in the CBS Westland Row Band, joined the National Youth Orchestra of Ireland at the age of 13. Seán studied the trombone with David Weakly and undertook further studies at the RIAM with Seán Cahill, Principal Trombone of the RTÉ Symphony Orchestra and completed his ARCM in 1981.

As a trombone teacher, Seán started as a founding teacher with Rathfarnham Concert Band in 1979 and still support the band and teaches there today. He also was the brass teacher with the FCJ Bunclody School band assisting Gearoid Grant.

In 1983 Seán joined the trombone teaching staff at the College of Music, Chatham Row (Conservatory of Music, TUD) until 1999 where Sean was appointed to the trombone faculty of the RIAM.

Seán has had many students over the years who have played with the National Youth Orchestra of Ireland and former students now hold positions in the Army Bands and the Band of An Garda Síochána.